Since the vSphere 5.5 got released, all VMware users were facing one major pain point i.e. Editing VM settings for VMs with HW version 10 using C# client. This was one of the hot topics on VMTN community as well. Feedback from VMware users was really spot on & it forced VMware to seriously take this issue forward.  Yesterday vSphere 5.5 Update 2 got released & this pain point is addressed in vSphere 5.5 Update 2 C# client. (aka VI/Desktop/Thick client)

With older C# client when you try to edit VM with HW version 10 using VI client, it was prompting to use web client & was blocking users to manage VMs using VI client.

Now with vSphere 55 U2 VI client, when you try to edit VM with HW version 10 (Right click VM >> Edit settings), it shows below warning message 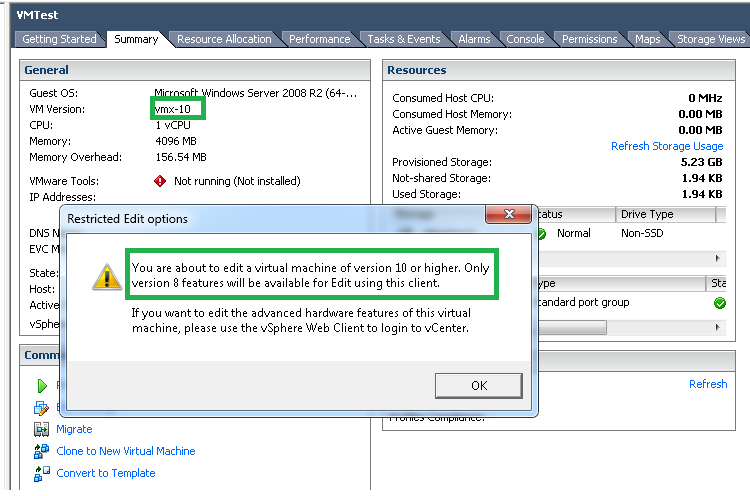 I just tried editing memory, cpu, network & disks as shown in below screenshot. It worked fine for me. 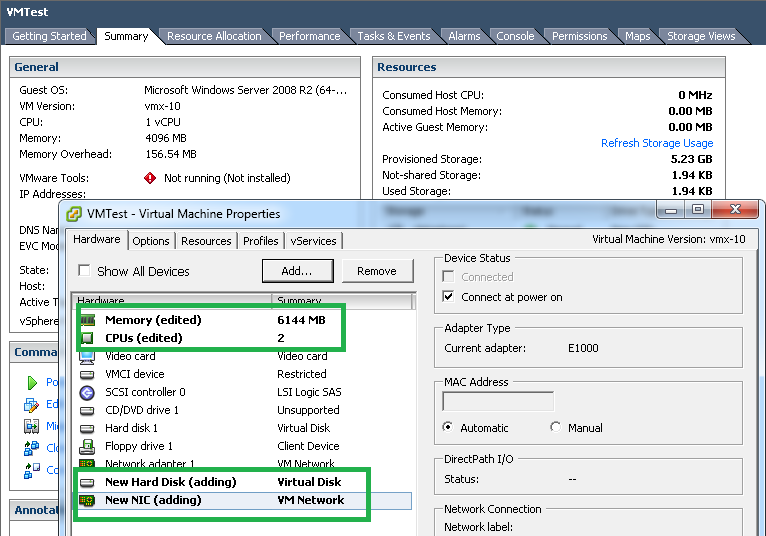 What are the pain points addressed by vSphere 5.5 U2 C# Client?

1. You can edit basic functionality of the HW version 10 VM using latest VI client  if vCenter server itself is down. When vCenter is down, web client would be down too.

2.  There are many customers with small VMware environment those do not want to spend additional cost on vCenter licenses just for web client. Now with this fix, they can use latest HW version & edit basic functionality of the VM as well using VI client by directly connecting to the ESXi host.

Not sure whether new features will be supported on VI client in future releases, hope for the best BUT at the moment, I liked step in right direction by VMware on this issue. I am really happy, are you ?